Remember when you were a kid and there was nothing better to do on a hot summer day than taking a long, satisfying drink from the water fountain, that universal source of free drinking water? Things were so simple back then. Today, we know that tap water can often contain harmful contaminants including toxic chemicals and heavy metals. As a consumer response, plastic water bottles now clog our offices, minivans, hotels, and kids’ lunch boxes. We have become a generation of plastic users and hoarders.

In reality bottled water is just plain water. More than 25% of bottled water comes from municipal sources – that’s right, simple tap water – which means all you’re getting is very expensive purified city water. Independent tests have also shown that the quality of bottled water can range from very good to dangerously bad as the industry is weakly regulated.

Below is a list of contaminants that can often be found in both tap and bottled water.

Arsenic: Arsenic causes lung, bladder and skin cancer and may cause liver and kidney cancer. It can also damage your heart, central and peripheral nervous systems, and can instigate reproductive system problems and birth defects. As a result, you should avoid this contaminant at all cost.

Arsenic is a heavy metal that leaches into water from the ground or from industrial waste, and the National Resources Defense Council (NRDC) has stated that bottled water is no safer than tap water because most bottled water is tap water that may or may not have been properly filtered.

The NRDC affirms the best way to reduce your exposure to arsenic is by purchasing a quality water filter that you can monitor and maintain yourself. 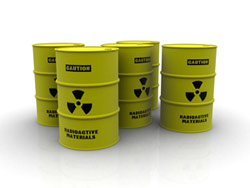 Radioactivity: The nuclear disaster in Japan earlier this year showed the world that the radiation threat is very serious. Radioactive particles can spread easily through underground water systems and thus affects all water ways and ecosystems.

Concentrations of uranium above the levels set by the Environmental Protection Agency (EPA) cause kidney damage and increase your risk for certain cancers. Meanwhile, radioactive iodine accumulates in the thyroid and causes thyroid cancer as it decays.

Nuclear power plants exist in many countries and even some minerals are naturally radioactive so there’s nowhere to hide. Radioactive pollution is also cumulative, which means it builds up in your body over your lifetime. Unfortunately drinking contaminated water is one of the primary methods we are exposed to radioactivity.

Fluoride:It sounds ironic that fluoride is an unwanted water contaminant when it is the staple ingredient in so many toothpastes. In the right quantities it may reduce and prevent tooth decay. However fluoride is highly toxic and in larger quantities can cause dental fluorosis, poisoning and even death. Fluoride is also a suspected carcinogen so you definitely do not want to drink water that is fluoridated.

Since in the United States water and processed beverages provide 75% of fluoride intake, the best way to prevent fluorosis is by checking the concentration of fluoride in your drinking water (which shouldn’t be higher than 0.7 mg/L).

Chromates are often used to make leather goods, mortar and paints, and they leach from these industrial processes into groundwater and soil, eventually ending up in our water.

Rebecca Sutton, a senior scientist with the EWP, says the best way to protect yourself is to buy an effective water filter since bottled water is not necessarily safer than tap water. 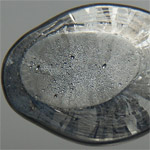 Lead: By now we all know the consequences of lead poisoning. The heavy metal is toxic to children since it interferes with the development of the nervous system and can cause anemia, seizures and even death.

Lead gets into water via water pipes, and even copper pipes may be soldered with lead. While lead was banned from water pipes in 1986, pipes made today still contain some lead.

Test for lead in your water by calling your local health department for a free testing. Lead levels shouldn’t exceed 0.01 mg/L.

What can you do? Both in terms of efficiency and economy, a quality water filter will improve the taste and odor of your water while removing many harmful contaminants.